Developer Avra Jain, one of the first believers in revitalizing dilapidated motels in Miami’s MiMo neighborhood, is used to taking chances. And now, despite a widespread belief that the workplace will change post-pandemic, she’s still betting big on the office market.

Jain is pushing forward with plans to build a major mixed-use project on the Miami River – anchored by 190,000 square feet of Class A office space. She believes the Miami office market will benefit from the coronavirus crisis.

“We are getting inquiries for satellite offices, to bring companies from New York, Chicago and L.A.,” Jain said. “This is a trend that was already starting [prior to the pandemic].”

Developers, lenders and brokers are looking ahead to the future of real estate development in a post-lockdown world, with some believing that the space will shrink considerably. Parts of South Florida’s office sector could be especially strained, including co-working spaces like WeWork and medical office buildings such as plastic surgeons’ offices, experts say. Some tenants are already renegotiating leases, and vultures are starting to circle for distressed opportunities.

“I don’t think any company’s going to go back to 100 percent of the workforce in the office,” said Larry Fink, CEO of asset manager BlackRock, during a virtual event last week. “That means less congestion in cities. It means, more importantly, less need for commercial real estate.”

Yet, others, like Jain and developer Russell Galbut, are not so grim about the future of the office market and tenant demand.

“We truly believe the office market, while affected by this virus, will not change fundamentally,” said Galbut, managing partner of Miami-based Crescent Heights, via email. (Crescent Heights’ portfolio includes the office building at 3050 Biscayne Boulevard in Miami, where The Real Deal is a tenant.)

So far, many office landlords are reporting high rent collections for April, and are working with tenants wherever possible in May. Jain, for one, collected 93 percent of April’s office rent, and said her only office tenant to not pay was Douglas Elliman, which has an office at 5555 Biscayne Boulevard.

A spokesperson for Elliman said the New York-based brokerage is “negotiating with our landlords and [we] expect to reach a fair and reasonable resolution.”

There has yet to be a wave of commercial foreclosures due to coronavirus, and most lenders are offering landlords 90-day forbearance on mortgage payments. But some lenders are concerned that in the next few weeks or months companies will continue to lose revenue or may go out of business.

“Lease-up risk in office [space] is something I am very wary of,” said Billy Meyer, who runs the lending arm of Seattle-based real estate investment firm Columbia Pacific Advisors. “I don’t know if tenants will have the need or want to add more space, or maybe the opposite and would prefer to reduce their footprint.”

Eddy Arriola, chairman and CEO of Miami-based Apollo Bank, said he doesn’t see his bank “doing any office loans for the foreseeable future.”

In Miami, the pipeline of office product under construction includes 830 Brickell, a 57-story, 490,000-square-foot tower being developed by billionaire Vlad Doronin and Cain International. The first major office building to be built in the city’s urban core over the last decade is expected to be anchored by WeWork. MSD Partners, billionaire Michael Dell’s private investment firm, provided a $300 million loan for the project last summer.

Developers with financing in place are still moving forward, said Tere Blanca, CEO of Blanca Commercial Real Estate. “I haven’t seen anyone put the brakes on anything they were committed to prior to the crisis,” she said. “If the capital stack is not in place, that’s a different story.”

Leasing office space is more uncertain in the near-term.

Maria Juncadella, managing principal and senior adviser at commercial real estate brokerage Fairchild Partners, said between 80 and 85 percent of the office leases Fairchild was negotiating prior to the pandemic were put on hold, and it’s unclear if they will be viable when businesses are able to reopen.

For deals that were in the works, “everyone is going to want to re-examine the lease language,” she said.

South Florida’s office market was in high-growth mode prior to the crisis. In the first quarter, more than 1.9 million square feet of office space was under construction in Miami-Dade County, representing the highest amount since 2010, according to a report by commercial brokerage JLL. Net absorption for office space also remained high at nearly 100,000 square feet.

But recent activity may show trouble down the road. A majority of the positive absorption was due to move-ins of co-working firms WeWork and Industrious, which are especially at risk in a post-pandemic world. And a number of cruise lines, which have laid off thousands of workers, have been expanding their office footprints in South Florida, with entire buildings under construction, JLL’s report notes.

One of the office sectors most affected by coronavirus is medical offices, since non-essential medical offices were ordered to close. Long deemed a safe bet, these properties are now at risk of serious distress, according to industry experts.

“They were really hit hard,” Arriola said. “They are like, ‘we have to retool the business, we have to make it like a surgical center in terms of hygiene and what rooms look like.’ That surprised me.”

Non-essential medical practices, such as plastic surgeons, are calling their landlords or their office condo associations to try to reduce costs, according to Juncadella. A pediatric group that usually sees an average of 50 patients a day is now only seeing at most 10 patients, she said.

Overall, Blanca is cautiously optimistic about Miami ‘s real estate market recovering faster than other markets “like it has in previous distressed times.”

She said the suburban market in South Florida, particularly, could be at an advantage, with employees more spaced apart and with shorter commutes to the neighborhoods they live in. She’s also been hearing from more companies looking to establish satellite offices in South Florida.

In the past five years, there have been few distressed properties for vultures to pick up due to a strong economy. But now that’s changed, and some commercial real estate firms are already preparing for a wave of distressed opportunities in the office market.

Miami-based CGI Merchant Group’s Christian Arrabal, a senior associate in the company’s acquisition and underwriting department, is reaching out to brokers, lenders and property owners to find deals that have fallen apart.

Arrabal said there is “no doubt in my mind” that there will be opportunities to acquire office buildings at a fraction of the pre-pandemic price, with property values falling and changes in underwriting criteria.“The firewood has been laid,” he said. “And we think it’s only a matter of time before it ignites.” 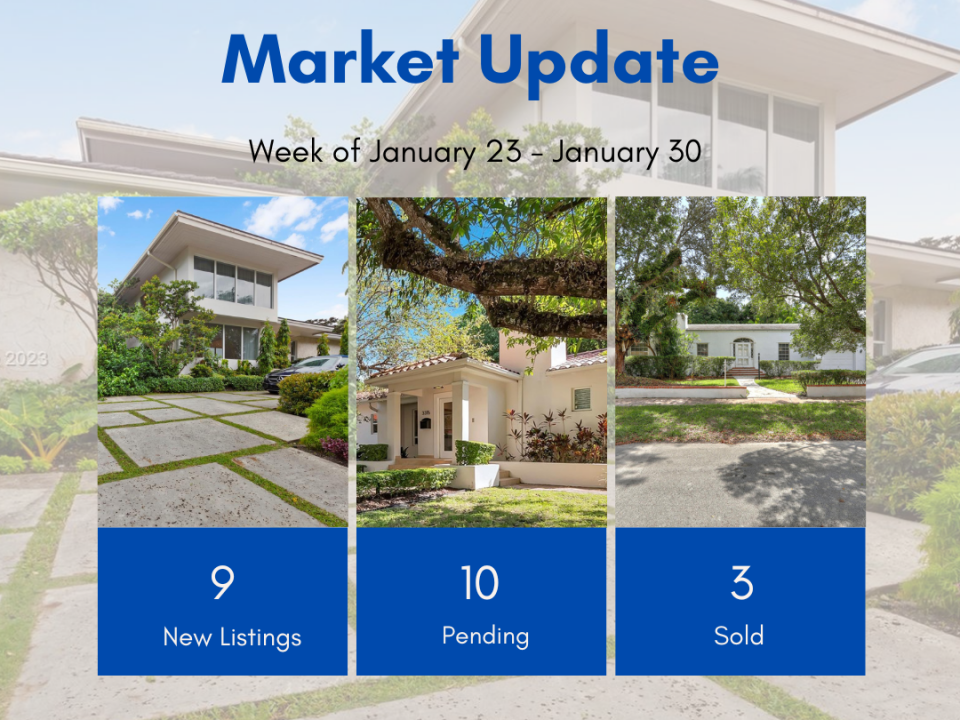