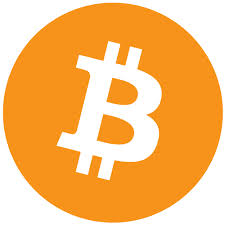 Today I wanted to share with you a very interesting viewpoint on the use of bitcoins for cash real estate transactions. This article was written and shared with me by Andrew Hinkes, who was one of my first clients when I began working in the real estate market 11 years ago. Currently, Mr. Hinkes is an associate at Berger Singerman Law and we have stayed in contact and have become friends over the years since we first worked together.

The Wall Street Journal recently reported that an anonymous Silicon Valley investor who purchased real estate in South Tahoe, Nevada for $1.6 million dollars paid in bitcoin, dwarfing the prior record of $500,000.00 paid for an Indonesia Villa in early 2014 for the largest bitcoin-funded real estate purchase. Although still regarded as something of a novelty, there are good reasons for sellers of real property to open their eyes, and their wallets, to bitcoin-funded transactions, especially in the thriving South Florida real estate market.

Cash remains king in real estate, especially in South Florida. Despite moderate interest rates, traditional lending to finance real estate purchases remains depressed.  While the Federal Reserve blames new CFPB rules for depressing loan volume, those new rules and the slow recovery from the 2008-2012 recession have prioritized cash transactions, particularly in high growth dynamic markets like South Florida. South Florida once again leads the nation in cash purchases, with the Miami Herald reporting that 51% of housing closings were paid with cash, in contrast to the declining national trend. Cash transactions are often preferred because of speed. Without a lender to circulate additional documents, require diligence, inspections, appraisals, credit approval, and guarantees, buyers and sellers can streamline their transactions when the purchaser pays with cash.

However, unless the purchaser literally brings duffel bags full of cash to the closing, large cash transactions still rely upon bank wires or ACH transfers, which themselves invite red tape and delays. The purchaser has to share his or her personal financial information with a third party (i.e. the bank), has to disclose the identity of the recipient of the transfer (i.e. the seller), and both parties are at the mercy of the bank’s wiring clerk, who they rely on and hope will input the proper information into the wire or ACH system to transmit the funds. The transmitting bank, of course, charges a fee to transfer the funds. If the buyer is foreign, certain hold periods may delay the transfer itself.

By using bitcoin, however, the parties to a transaction can avoid delays and privacy issues common to cash transfers using traditional banking transfer systems.  Bitcoin is pseudo-anonymous, which means that the actual identity of the parties who send bitcoins to each other is not publicly disclosed. In a bitcoin transaction, there is no need for a third-party intermediary to collect any information to send the transfer because the transfer is “peer to peer,” or direct between the transacting parties.  Finally, the transaction is virtually instantaneous and may be conducted 24 hours a day, 7 days a week between any two points in the world where an internet connection is available. So while cash may be fast, unless it is cash on hand, bitcoin is faster.

Many consumers have shied from using bitcoin because of the perception that its extreme price volatility renders it too unstable to use for traditional transactions. Fears of volatility, however, have not stopped established companies like Dell, Overstock.com, Expedia, Dish, the NBA’s Sacramento Kings, and the United Way from accepting bitcoin. These companies avoid the perceived instability by hiring third parties to process bitcoin payments. Vendors like BitPay, SnapCard, and CoinBase, along with credit card processing services like Square and Intuit provide clearance services where the vendor handles clearing virtual currency into cash. To combat the ravages of volatility, vendors typically guarantee an exchange rate for a period of time to allow the parties to send the bitcoins and then allow the vendor to exchange the bitcoins into cash before transmitting the cash to the seller. Thus, buyer and seller are protected from short term fluctuation during the transaction.

Despite the seeming novelty of bitcoin, the speed and security of bitcoin-funded transactions provide distinct advantages for sellers of real property, particularly in cash-hungry markets like South Florida.

More information about Andrew M. Hinkes can be found here.