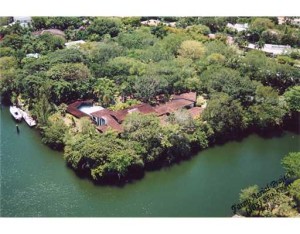 The owners of a three acre property located at 6801 Granada Blvd. got the approval today to split their lot. After several hours of discussions, the Coral Gables City Commission decided to allow the split. One lot will contain the existing 8,600 Sq. Ft. home and then other lot will have a new home built later.

The debate and comments from supporters and detractors showed just how serious the city of Coral Gables is with its strict land-use regulations. Splitting lots like this is very rare in the city.

There were about 10 neighbors who came to oppose the split, believing it would crowd the neighborhood and lead to the removal of trees. In a 3-2 vote, the lot split passed. However, initial approval does not mean its a done deal. Commissions request more information from the property owners before the next hearing in June.